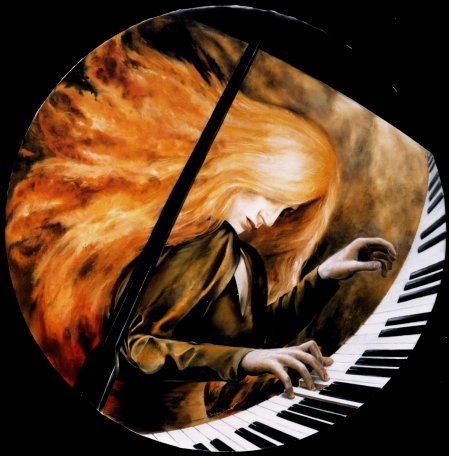 Nina Kavtaradze was born in Moscow to a Russian mother and a Georgian father. She began studying the piano at the age of 6 at the Central Music School of the Conservatoire in her city of birth, which was established in 1932 especially for gifted children. Already at the age of 8, Nina Kavtaradze played in The Colonnade at The House of the Union. Later she graduated to the Conservatoire proper joining the class of the great pianist Lev Oborin. Following her graduation, Oborin was to write this of his pupil: "She is a musician who possesses talent of the very highest order, with considerable artistic depth and brilliant individuality."

Typical examples of the critics reflections are expressed in these reviews:

“Hurricane-concert - She came, played and conquered, had temperament and radiation.” (Grieg – Concerto in A Minor with Matthias Aeschbacher).

“Poetical Beethoven - Now intense, energetic and ”bragging”, now tender, intimate, profound and thoughtful. Nina Kavtaradze covered a lot of ground of Beethovenian temperament, when she and the Aarhus Symphony Orchestra performed Beethoven’s 5th Piano Concert. A concentrated and thoroughly reflected work by the soloist and the orchestra contributed to building a high degree of musical tension as, for example, at the transition between the slow movement and the finale, where the energy slowly and gradually was led to a zero point just before it exploded in the towering tonal cascades of the final. It was like the calm before the storm. Besides, Nina Kavtaradze demonstrated a distinguished way of tone in which she made the piano sing in a beautiful, sensitive, but intense sound.” (Beethoven Concerto no. 5 in E – flat Major with Jorma Panula).

“A Rare Bird - The evening became an experience. For Nina Kavtaradze is a rare bird who, from her former homeland, has brought with her, and stuck to, quite a different tradition and attitude towards the two composers of the evening, Chopin and Schumann. And this is refreshing, not to say exciting. Thus we experienced Chopin’s 24 preludes, op. 28, from quite new angles of approach - with a flavour and a poetry, a tenderness and a lingering to which we are not accustomed. A beauty which, therefore, might confuse, but which was full of the conjecturing, suggesting, persuading spontaneity of the moment. And all moments filled with the impression that it was just now life was throbbing. You just enjoyed and inhaled the expressive strength. Strolling from discovery to discovery with spontaneous surprises. Not something that was “just” written in the notes or had stiffened once and for all but ponderingly created rather as an impulsive sequence.” (Chopin - 24 preludes, Schumann – Etudes symphoniques).

Besides her performances as a soloist she has given concerts with artists such as Jean-Pierre Rampal, Felix Ayo, Liana Isakadze, Victor Pikaizen, Nana Jashvili, Eduard Tatevosian, Sergey Kravchenko and Erling Blöndal Bengtsson.

Her vast repertoire comprises both the familiar and the lesser known: she has recorded the complete works for piano of Richard Wagner (and edited these works for the edition Online Sheet Music. Amongst these four pieces, which were never published before) and Mussorgsky. The Wagner recording was chosen as being one of the top 10 piano CD´s in the world for the year 2000 by the prestigious german music magazine "Neue Musikzeitung" (founded by Robert Schumann). The Dutch Music Magazine WAA wrote about the same recording: "It would be difficult to find a better advocate of these works" and about "Pictures at an Exhibition" by Mussorgsky: "...this concerns an exceptional performance of his most famous opus. Kavtaradze offers an exciting wandering past Victor Hartmann?s pictures. Unexpected accents and pauses that contain an intensive suspence offers a new insight into this world of sonority. The "Promenade" is in this execution an experience. An "Exhibition" worth repeated visits." The Danish music magazine High Fidelity wrote about "Pictures at an Exhibition": “This work has been recorded numerous times, but this recording is, nevertheless, worth concerning oneself with, because it is different and important. Kavtaradze narrates more than most others, she shows images and this she does with poetry and intimacy, indeed, with love. It is a new experience to listen to music in this way. Therefore, you should buy this recording, even if you have others in your possession.”

Her recording of Herman D. Koppels Piano Concerto No. 3 was the winner of the Danish Music Awards "P2-Prize". Shortly after she performed it with great succes in St. Petersburg with the St. Petersburg Hermitage Orchestra.